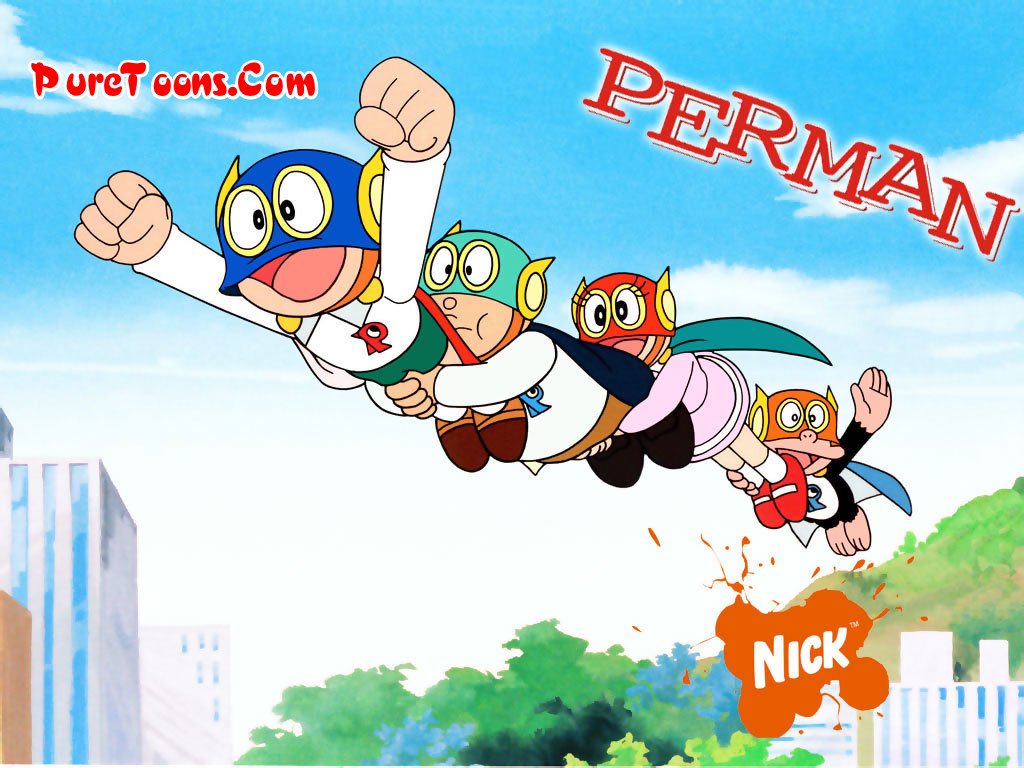 Summary: Superman (later “Birdman”) gives a clumsy human boy, Mitsuo Suwa, three items to help him as Paman, Superman/Birdman”s apprentice: A helmet which multiplies the wearer”s physical strength by 6600, A cape that allows the wearer to fly at a speed of 119 km/h, A badge which enables the wearer to communicate with other Perman and to breathe underwater, In addition, he gives him a copy-robot which transforms into an identical clone to help him keep his secret identity during missions. However, if his secret identity becomes known to others, his brain will be destroyed for betraying the secret of Perman. This penalty is reduced to being turned into an animal in later chapters of the manga and in the anime. Mitsuo begins by rescuing people who are victims of crimes or disasters, so as Paman he is admired. He is, however, often troubled by his dual life as a both brilliant superhero and as an unrewarded ordinary boy. He wishes to abandon his role as Perman, but he continues to be Paman out of…