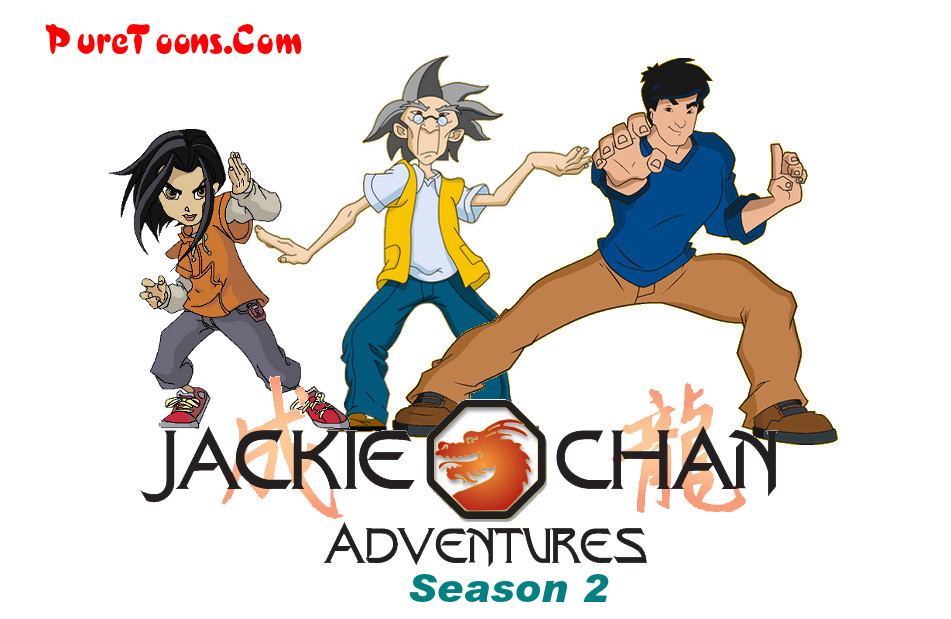 Summary: Tohru is reformed and studying as Uncle”s apprentice. Shendu has been destroyed and his spirit is banished to a dimensional prison, where his seven Demonic siblings are not happy with his failure to rescue them. In a last-ditch attempt to save his time and his life, he convinces the demons to allow him out so he can possess somebody, namely Jackie Chan. In order to keep track of where he is, the Demons place a curse on him, forcing his ghost to stay in whatever body he possesses. Shendu goes after Jackie, but accidentally possesses Valmont instead. Through never-ending conflict, Valmont is forced to work along with Shendu to release the Demon Sorcerers from their confinement. This season also introduces the Dark Chi Wizard Daolon Wong.

Some episodes in this season occur out of order or depict events that occurred during the first season but were never shown. This is most notable due to the fact that Tohru is still working for the Dark Hand and Shendu is still in his stone body. Other episodes, while having been aired throughout the main story arc, may not have aired in chronological order, given that some channels premiered all the demon arc episodes before the other episodes this season. Although The Dark Hand appears in Showdown In The Old West and The Cat, Chow does not.