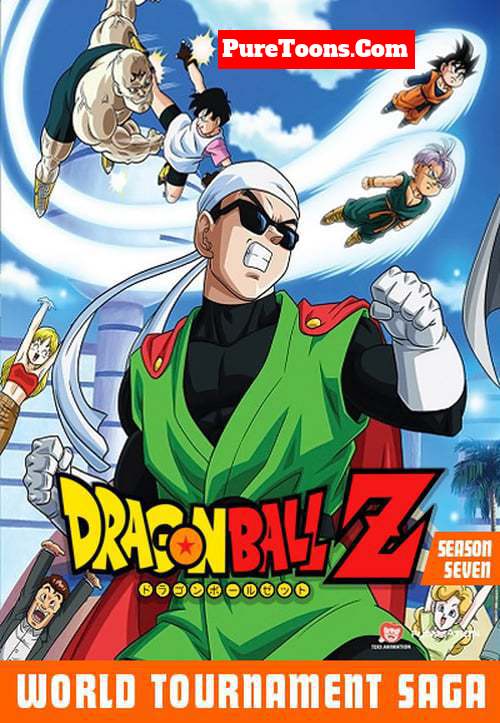 Summary: World Tournament Saga (第２５回天下一武道会編 Dai-Nijūgo Tenka-Ichi Budōkai Hen, lit. “The 25th Number One Under Heaven Martial Arts Gathering Arc”) is the twelfth saga in the Dragon Ball Z series. The manga volume that it is made up of is “Tournament of the Heavens”. This saga consists of ten episodes which occur after the Great Saiyaman Saga and before the Babidi Saga. The saga follows the 25th World Martial Arts Tournament, and concentrates on minor Dragon Ball Z characters along with some major ones competing in the tournament. The saga only shows about half the tournament with the rest seen in the following after Babidi Saga. This saga aired in Japan in 1993 and 1994. In the United States it aired in 2001.