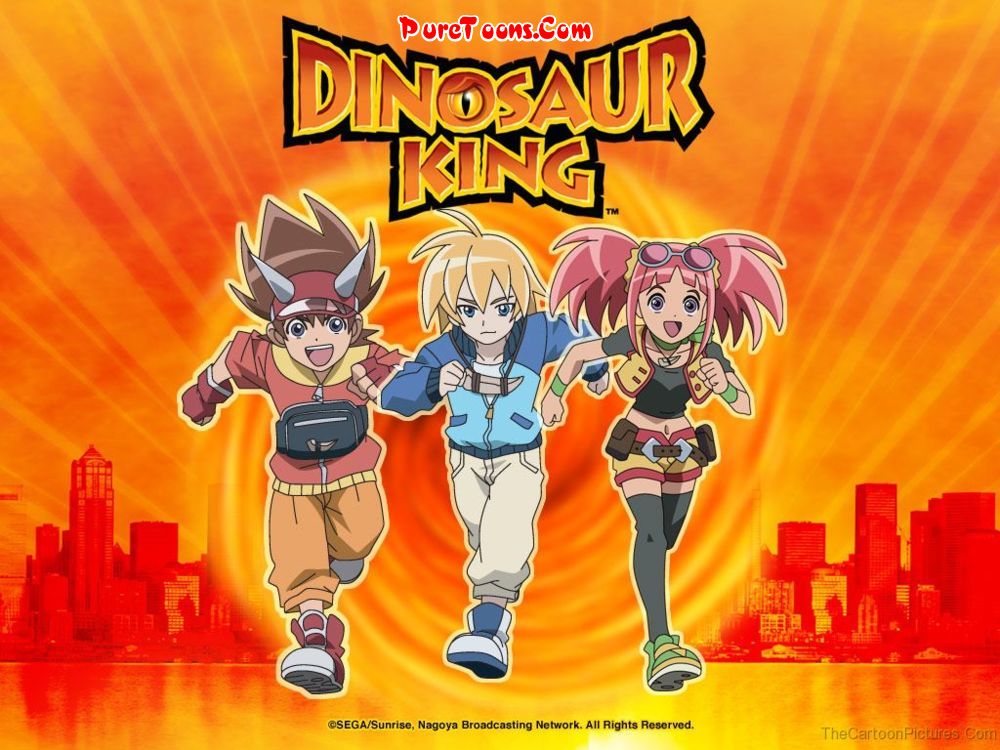 Summary: Max Taylor is the son of paleontologist Dr. Spike Taylor and is a fan of dinosaurs. Upon falling out of bed one morning, he sees something crashing into the woods. With his friends/fellow D-Team members Rex Owen and Zoe Drake, they find a strange stone and an egg-shaped capsule containing a Triceratops card. When Max rubs a lightning-marked stone and the Triceratops card, the card turns into a real Triceratops. When he rubs it again, it turns back into a card. The third time it happens, the Triceratops appears as a hatchling and Max names it Chomp. Max, Rex, and Zoe soon learn that the dinosaurs are being hunted by the Alpha Gang. Led by Dr. Z and consisting of Ursula, Zander, Ed, Seth, Dr. Z”s maid Helga, and Dr. Z”s grandchildren Laura and Rod, the Alpha Gang is out to capture Dinosaur Cards in Dr. Z”s plot to become the Dinosaur King. When Rex receives a Carnotaurus named Ace and Zoe receives a Parasaurolophus named Paris, the D-Team competes with the Alpha Gang to get to the Dinosaur Cards first in locations around the world.