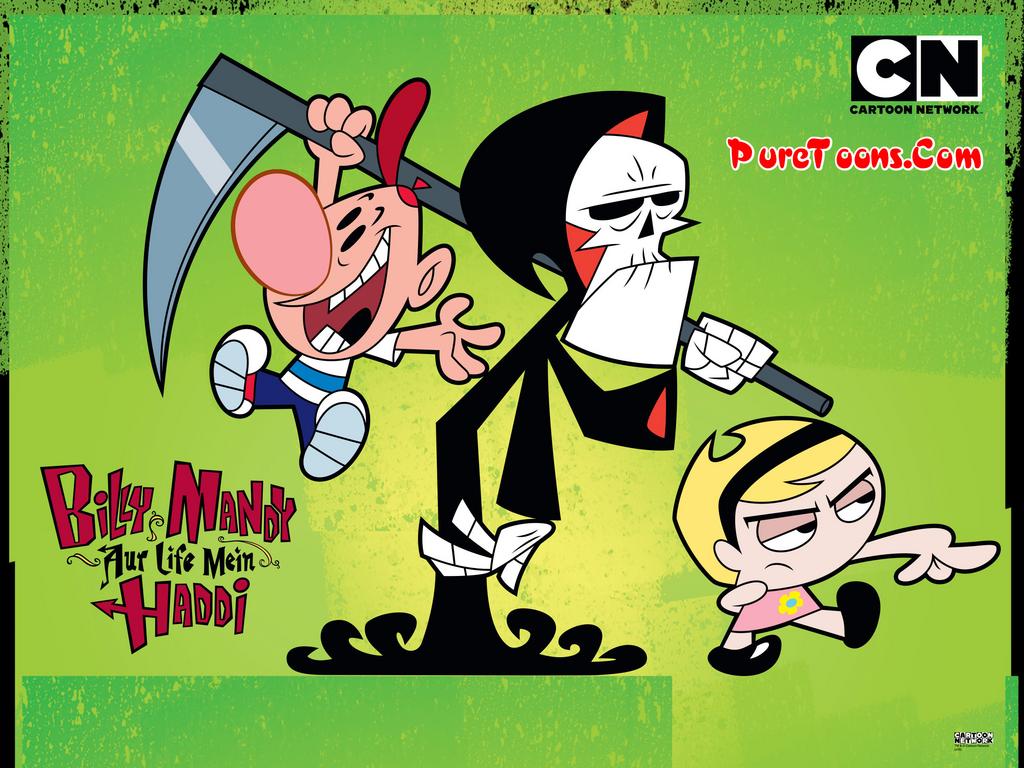 Summary: The series is centered around the exploits of two young children-the optimistic, dim-witted, and kindhearted Billy, and the dark, ill-tempered, sinister, and very intelligent Mandy. After cheating at a limbo match against the Grim Reaper (out of retaliation for putting the limbo rod too low for them to go under), he is enslaved in a perpetual, unwanted friendship with the children, who use his magical abilities and supernatural powers to venture into supernatural locations or environments, such as the underworld, inhabited by an assortment of grotesque monstrous beasts. The pair also may use Grim”s enormously strong supernatural abilities or ties with a number of beastly characters to achieve goals or desires for themselves with grotesque, altered, or twisted end results. Famed fictional monsters including Dracula, the Wolfman, and the bogeyman are also comically depicted in the series, which also includes the characters of the nerdy, awkward Irwin and the snobby, stuck-up, spoiled Mindy.