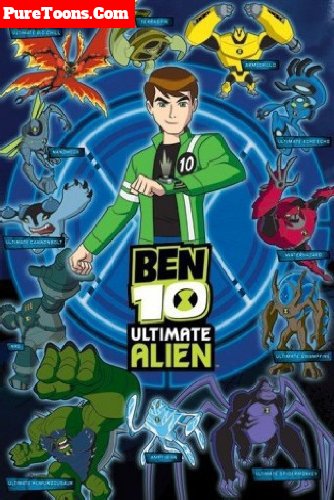 Summary: After Ben”s last battle with Vilgax which resulted in the destruction of the Omnitrix, Ben replaces it with the new Ultimatrix that allows him to evolve his alien forms into their ultimate forms. With the recent disclosure of his identity, Ben has become a worldwide celebrity. Meanwhile, Ben, Gwen, and Kevin must stop an Osmosian villain named Aggregor, who hunts new aliens from the Andromeda galaxy, and intends to use their powers to achieve the “ultimate prize”. Later, Ben, Gwen, and Kevin have to prevent the release of an extra dimensional entity called Diagon and prevent him from taking over the universe. The last episode of this series also featured Ultimate Way Big.