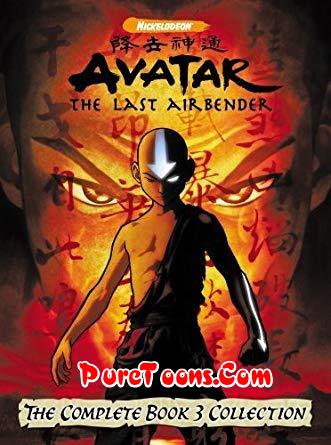 Summary: The final season focuses on Aang on his journey to master firebending in order to defeat the tyrannical Fire Lord Ozai and finally restore harmony and order to the world. Book Three: Fire premiered on Nickelodeon on September 21, 2007. It consisted of 21 episodes and concluded with the four-part series finale “Sozin’s Comet” on July 19, 2008. The third season received much critical acclaim, with many praising the finale as a satisfying conclusion to the series. Between October 30, 2007 and September 16, 2008, Paramount Home Entertainment released four DVD volumes and a complete boxset. The season was followed by the comic trilogy series The Promise which is set one year after the four-part series finale.